About 5 years ago at an instructors' caucus, the instructors in attendance agreed that having a DPE in our own club would be a huge asset. We went around the room. "Do you want to do it? " No. "You?" No. "How about you?" No. Well, Piet is the only one gullible enough to do this. I barely scraped in with the number of flight instruction hours (200).
I immediately sent off my 8710-10 form to the National Examiner Board (NEB), and promptly got a response from the NEB stating that I was qualified to be a glider DPE-CE (allowed to do check rides for up to commercial pilot level). The application with the NEB lasts for only two years, then I had to re-apply.
After several years of the FSDO ignoring my application, I finally got them to agree to get me through the system and anoint me as the only glider-capable designated pilot examiner in the Washington Dulles FSDO region. The FSDO agreed to allow me to begin the DPE training courses offered by the FAA.
November 2014: I immediately enrolled in the FAA's online course for the initial Designated Pilot Examiner training session. This consisted of several different voice actors reading off what essentially looked like powerpoint slides. The slides were for all DPEs, not just glider DPEs. The content spanned the whole range of FAA rating levels, from the sport pilot all the way to multi engine ATP ratings. As you can expect, only a small portion of the course content mentioned gliders, usually only when discussing the need for medical certificates for everything. Except for gliders.
The course concluded with an open-book test of 25 or 50 questions (I don't remember which), asking questions for all sorts of scenarios imaginable, none of when applying to gliders. But I guess that's not surprising to you, either.
After completing the online portion of the training, I looked to sign up for the week-long training session in Oklahoma City. The only class was listed in January. It was already fully-booked. I attempted to sign up for the March class, but its registration was not yet open. Around January, I signed up for the training, and was put on stand-by, while the FAA waited for enough candidates to enroll.
In the middle of March, I flew down to Oklahoma City to attend the week long training session. The course was attended by 17 other candidates to become DPEs as well. But as you can expect, I was the only glider guy there. I was also the only pilot there who has never been a professional pilot. There were airline pilots, cargo pilots, helicopter school owners, and even sport pilot instructors. I was the only person in the room who didn't have a medical certification to fly.
The first day of class focused on all areas of part 61, ratings applications, and as you would expect, focused much of its time on the matters that don't concern us glider pilots. The second day talked about writing a plan of action, how to submit the 8710 document correctly, without having the office in Oklahoma City reject your paperwork. We also spent a fair amount of time learning about the computerized system that intends on replacing the 8710-1 application; IACRA.
The third and fourth days were divided into workshops, where we would do mock ground portions of the practical test. My partner was a UPS pilot. Had never seen a glider up-close before. I did a mock practical test with him, where I was taking the private pilot ASEL. I passed the ground portion pretty well, but the FAA people threw in the scenario that I botched the short field takeoff portion of the practical test. My partner practiced by writing me a notice of disapproval. No hard feelings. It's just a mock practical test, after all.
When it was my turn to play examiner, he was doing a commercial add on for glider. You might think that a long career in aviation could prepare you pretty well for answering questions about gliders, but when it came time to answer the question "What is a variometer?" He tried to buffalo me. "It's... an... instrument that measures things... that... vary" The word 'variometer' is explicitly stated on the Practical Test Standard. There's no way to weasel out of this one, and that wasn't an acceptable answer. So I also got the opportunity to practice writing a notice of disapproval. No hard feelings. It's just a mock practical test, after all.
My long journey to become a DPE isn't over. I still have to get some sort of paperwork approved by the local FSDO, I have to get issued all of the paper forms I'm going to need for when we don't have an electronic submission of paperwork, and I'm going to need a visit from an examiner-examiner, to make sure I indeed know how to fly a glider. Maybe by sometime in May or June I can finally start administering practical tests. 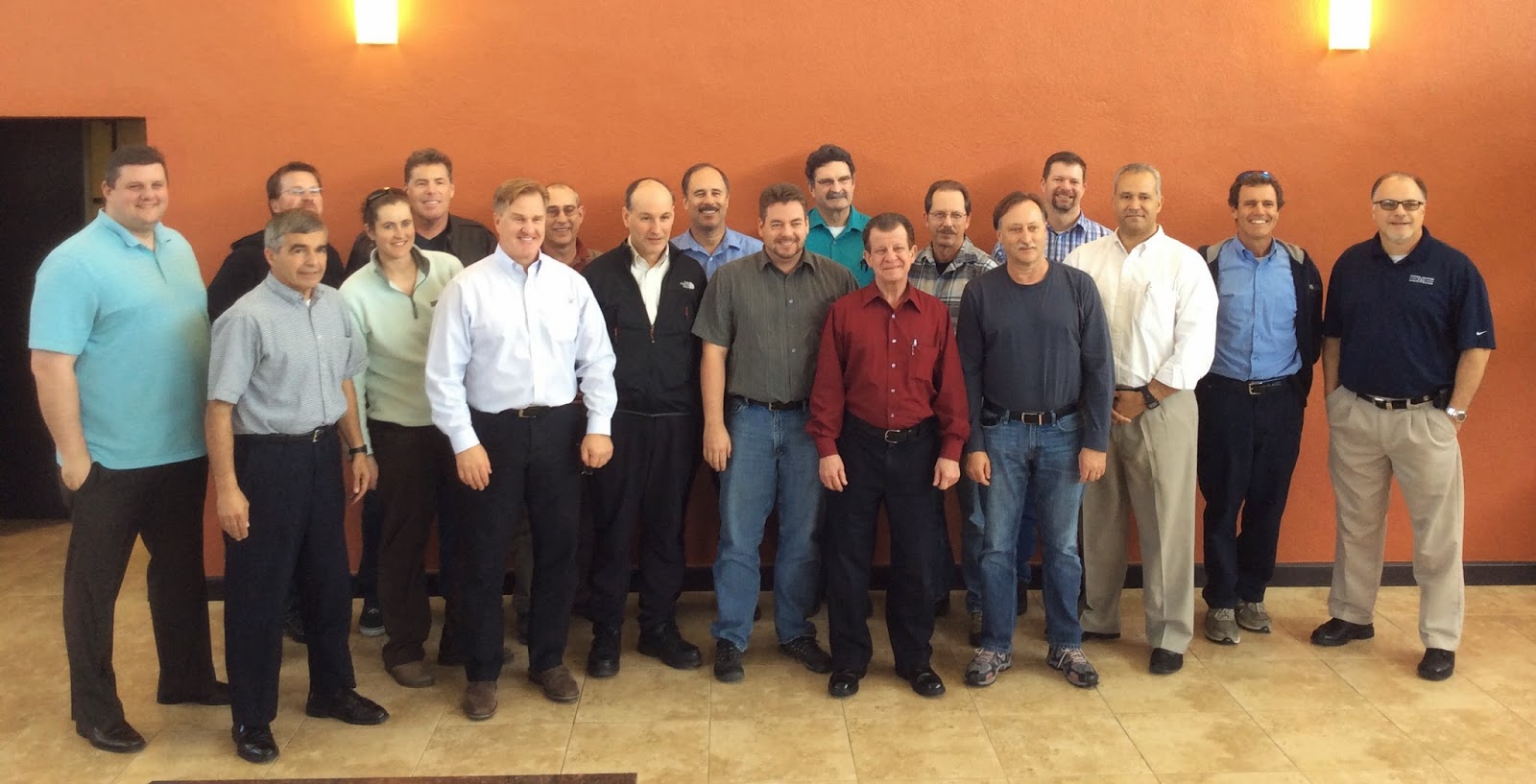 
I tried a long-distance flight in my glider.  It was forecast to be a glorious day, and it turned out to be every bit as great as it was predicted. Shane called me the night before, trying to gauge whether or not we would have enough people around to get a tow pilot ready for an early day of towing. I agreed to show up an an ungodly hour of 0630. I managed to get to the field at 0650 that morning. "You're late!" Shane responded.
I assembled the glider quickly, but started having some difficulties programming the task into the flight computer. I've recently had many difficulties in programming the combination of LX-Nano and ILEC SN-10B. The fact is mostly complicated by the matter that I don't have an MS-Windows laptop that runs the software needed to do the programming.
I solved this problem buy buying a Microsoft Surface Pro 3 the day before. I'm extremely pleased with the purchase so far. This a pretty huge endorsement considering that I used to have a bumper sticker that read "Microsoft must die!" However, whenever a new computer is purchased, at least 3 or 4 days of tinkering is required -- installing all of the necessary software, drivers, and apps to get a computer running. Despite the cool features like a touch screen and pen, this one was no different. Unfortunately, I didn't realize that some of the software necessary to run the configuration program for the LX-Nano required a long download of some required some drivers off the Internet. This download took a while to complete, while Shane was off flying in the good morning air.
Shane launched at 08:20, and I didn't get all of my computer issues sorted until after the morning safety briefing. I elected to sit in the glider during the safety briefing. Even during the briefing, I was still trying to remember how to upload the waypoints into the SN-10B. Here you can see Bill Burner, my towpilot, installing the USB device that I used to upload the waypoints.

I learned several lessons from this flight, I'll try to list these out: